The FED indicates it might raise interest rates three time and stock market 2017 gets upset. We have seen abnormally low rates for so long that investors seem to have lost perspective. Realistically, it is going to take a lot more than a three quarters of a percent increase from here to have any negative impact our economy. In 2008, the FED had to raise rates to 5.50% before the economy started to cool. In 2000, rates rose to 6.75% before the tech bubble popped. The 1990 recession was preceded by rates of over 10%, and the granddaddy of all bubble poppers was Volker’s 1981 peak of 22.5%. 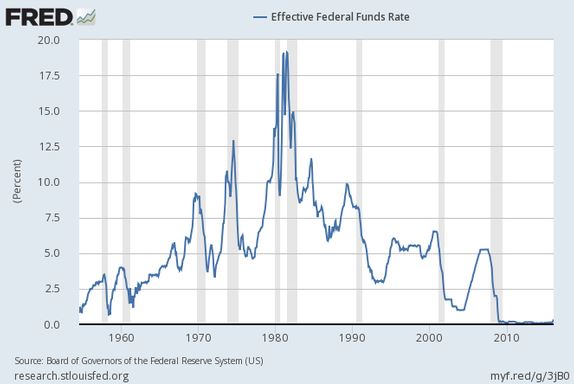 To get back to the 2008 peak at the current rate of increase stock market 2017 (three increases per year of one-quarter point each) it would take almost five years before seeing anything that approaches tight money. Yet, as always, there is much to worry about. With the post-election euphoria succumbing to political reality, Trump’s inauguration arrives with the question of how much of the new president’s pro-business agenda will actually get put in place.

With interest rates still below 1% and with the world awash in cash, where does that cash go? Large institutions (Pension funds and insurance companies) have to earn money on their cash balances to pay their obligations, and as long as equities promise a better return than bonds that is where the money will flow.

The Willis Towers Watson surrey of Global Pension Assets lists global pension assets at the end of 2015 $21.7 trillion, compared to $21 billion for 1950. Sure that is only a difference of 3 zeros, but the devil is in where you put the zeros. The annual growth rate for pension fund assets during this 65 years period was 11.27%.

In the same time period, the S&P 500 has increased from 16.88 to 2034, for an annual growth rate of 7.65%. Since stock prices, like everything else, are ultimately determined by supply and demand. If we assume that global pension assets can be considered can be considered a rough measure of the demand for equities, it appears that, in the last 65 years, the demand for equities has increased substantially faster than the supply of equities. Because of this, it seems to me that the logic of using a measure of value such as the PE ratio as the only factor in estimating future stock prices is somewhat myopic.

I will leave to others to estimate a future range of PE ratios, but one thing that does appear obvious is that PE ratios will be higher when interest rates are low, and lower when interest rates are high. Further, I think it is logical to expect that future long term rates of return on equities may be somewhat lower than what we could expect from a study of past history.

A couple caveats: On one hand, pension funds may not be a perfect indicator of the growth in demand for equities. These are rough estimates, and the figure 1950 refers to US pensions, because I could not find a figure for the global measure on that date. On the other hand, these figures may underestimate total growth in the demand for equities because, in 1950, the percentage of total assets that pension funds invested in fixed income was much higher that it is today.