At the 2015 Annual Meeting on June 30, the St Joe Company management announced that its long term master plan for Bay and Walton Counties was approved recently by Bay and Walton Counties and the State of Florida. The plan provides for up to 170,000 homes on 110,000 acres of St Joe Company’s property in those counties. CEO Jeffery Keil said there is one more step before the company can begin construction. St Joe Company is currently working on a detailed plan for phases one and two of the age-restricted development. As soon as these plans are complete, St Joe Company will submit them to bay country and the construction can begin. 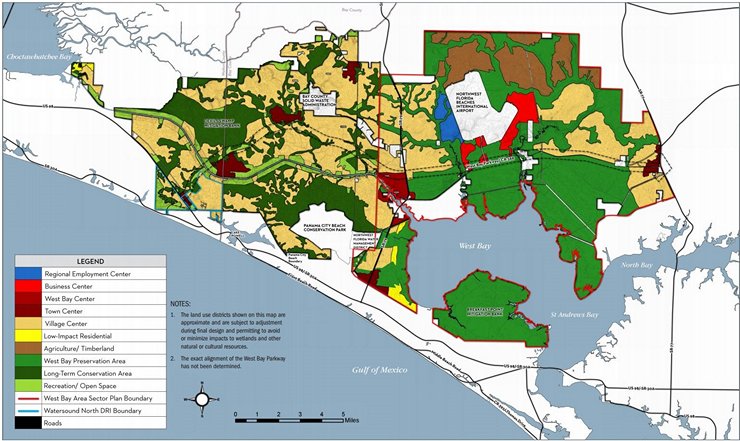 Mr. Keil cited several reasons for targeting age-restricted housing for the first phases of their huge development. There are the 55 million of baby boomers that are expected to retire in the next twenty years. Lately, houses have been hard to sell in Bay County because there is no strong base of well-paying jobs in the area, so the thing that makes age-restricted attractive to St Joe Company is that retirees come without the need for a job. In addition, successful precedent in Florida has been established, with “The Villages” as a particular case in point.

“The Villages” is a retirement community in central Florida, situated about one hour north of Orlando and forty miles south of Ocala, on land that 30 years ago was cow pasture. Today, the population is approaching 120,000 (up from 8,333 in 2000 and 51,000 in 2010). For the last two years, The Villages has been the fastest growing metro area in the country by a wide margin. It is the largest gated over-55 community in the world; it would be the 28th largest city in Florida if it were incorporated.

The basis of this spectacular growth is a unique pitch to senior citizens, a pitch focused on providing activities of a larger and broader scale than the competition. The developer has built 11 country clubs (18 hole golf courses, and 30 executive courses (3 par 9 holes) for a total 540 golf holes. Athletic activities are in no way limited to golf, with 100 tennis courts 100 pickle ball courts in 63 recreation centers, 216 softball teams, and facilities for archery, badminton, horseshoes, shuffleboard, swimming, and track.

In an accidental nod to the environment movement, transportation within the Villages is built around the golf cart (you can run a golf cart all day for pennies, play golf, go to Publix and take the wife to lunch, and then run to the tennis court. When we say active adult community, we mean “active adult”). Currently there are over 50,000 golf carts in The Villages, some of which cost upwards $25,000 and are customized, some to look like Hummers or Mercedes, and others covered with the colors and logo of their favorite college or NFL team.

Operating in the community are three retail golf cart dealerships, and parking areas for golf carts are designated in front of all the businesses. There are golf-cart tracks going everywhere (more than 100 miles), golf-cart tunnels and even golf-cart bridges to cross the major highways.

From a stand point of profitability for developers, the 3400 new home sales in 2013 generated up to $220 million in revenue from the sales of lots. Even better is the potential of income from the leasing of the commercial property. Currently, there are eight supermarkets, 100 restaurants, three town squares, and nine strip centers. The 2.6 million square feet of commercial buildings is estimated to generate $40 million plus of recurring annual income

Currently “The Villages” extend over 23,000 acres with 56,000 residential building sites and currently is about sold out. The Villages is small compared to St Joe Company’s master plan that includes 110,000 acres, and the right to build 170,000 homes.

On a recent visit to the area, we talked to area merchants who feel that the “The Villages” have turned into a world class money machine for the founder Harold Schwartz (who died in 2002) and his son-in-law Gary Morse. Schwartz and Morse not only sold the residents their houses, they owned both the mortgage company that financed the houses, and the insurance company that insured them.

Best of all Morse, is the landlord of all the commercial buildings. He owns all or part of pretty much everything worth owning in the Villages, including the bank, the hospital, the utilities, the garbage collection company, the TV and radio stations, and the newspaper, where never is heard a discouraging word about life in the Villages.

A visit to one of the Town Squares reveals a very busy commerce center, heavy vehicle traffic with a liberal mix if golf Carts, SUVs, and with lots of Mercedes and BMWs mixed in, even an occasional Harley. In the middle of the afternoon, parking spaces are hard to find, as searching motorists circle. The largest Town Square is “Sumter Landing”. It contains 18 restaurants and 57 other stores as well as financial services offices that include names like Merrill Lynch, Charles Schwab, Morgan Stanley, and Fidelity Investments.

Foot traffic Sumter Landing in early May also is heavy, with a live music group performing in the Market Square, and the restaurants are comfortably populated. What makes this a really wicked money machine is not the sale of the houses but the coin flowing into the cash registers at the commercial tenants. The developer retains ownership of the land and has built the 2.6 million square feet of commercial property. His computers are tied directly into all of the cash registers on the property, monitoring revenues in real time.

The good retail sites are leased at a standard retail rate plus seven percent of the gross. Rumor is that is that the retail merchant gets six months to exceed a base level of revenue. If he does not pass that requirement, he is replaced.

St Joe Company’s master plan calls for 170,000 homes, with about three times the number that will be in the Villages at build out. But even with that many homes, built St Joe Company property will less dense. The plan approved calls for 53,000 acres dedicated to conservation and recreation, which is almost twice as much total amount land in The Villages with its population of 120,000. https://www.thevillages.com/lifestyle/images/maps/SM_MARKET SQUARE.pdf

St Joe Company plans to stress this difference, and sell their concept to seniors as being like living in a national park. The potential for boating, fishing and water sports will be unique with West Bay and its connection to the Gulf of Mexico. There is also a connection Choctawbachee Bay on the intercostal waterway that runs through St Joe Company’s property. The Villages has a few small lakes, but it is not on the same planet with St Joe Company with its huge bays and access to the Gulf of Mexico. 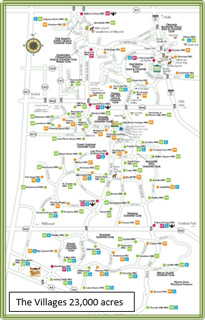 There is of, course, no guarantee that St Joe Company will be able to duplicate the success of the Villages. Even with the competitive advantage St Joe Company now has with their huge master plan in place, it is going to be expensive to get this development to critical mass, and it will be easy to find a way to screw it up. These problems include but are not limited to:

2. Building the wrong product, (building houses that are too large or too expensive to attract the active adult). The St Joe Company site has many advantages but they still have to build a product the market wants at an attractive price.

3. Inadequate Financing (they have almost $700 million in cash currently on balance sheet, but if they what to compete with Villages, it may take all of that. A stock buyback at this point would probably not be in the best interests of the shareholders.

What is certain is that even if they eventually succeed, it will take a few of years to reach anything thing approaching what we now see at the villages.

On The Other Hand

On the other hand, St Joe Company does have some nasty Alligators for their moat.

While the lifestyle that has made the Villages popular is unique and powerfully directed toward this particular demographic, it should be possible for St Joe Company to copy and even improve upon. At St Joe Company’s 2015 Annual meeting, the company’s CEO acknowledged the power of The Villages as a model for their age-related development, but he was careful to point out that their property is much more attractive than the location of The Villages. St Joe Company is close to some of the nicest beaches in Florida. Its bays offers many opportunities for fishing, sailing, boating, deep sea fishing and other outdoor activities that are not available in the middle of the state.

St Joe Company’s stock price is largely based on the company’s current earning which have been negligible since 2008 real estate crash. Very little value is given the company’s current land holdings. As of July 1, the stock trades at about $16 per share for a total market value of a little less than $1.5 billion. If we subtract out the company’s cash of $675 million and the book value of its resort assets, commercial real estate, and leasing operations of $673 million, the market is valuing the 140,000 acres they still own at $152 million or $1,086 per acre.

The 380,000 acres of timber land that St Joe Company sold last year were priced at $1,700 per acre, and a little study of the map above proves that the highest and best use of this land will not be in growing trees. The proximity to the great beaches of the Gulf, the huge West Bay and St. Andrews bay with deep-water access to the Gulf of Mexico, the 10 mile long Intercostal Waterway, the short drive to the airport, and planned route of the West bay Parkway through the middle of the property make this one of the best pieces of real estate left in Florida.

The entitlements for 170,000 housing units and 22 Million square feet of retail, commercial and industrial space make the $1,086 per acre price the stock market is asking could be one the best deals you will see in this lifetime, even if Mr. Market does not think so.