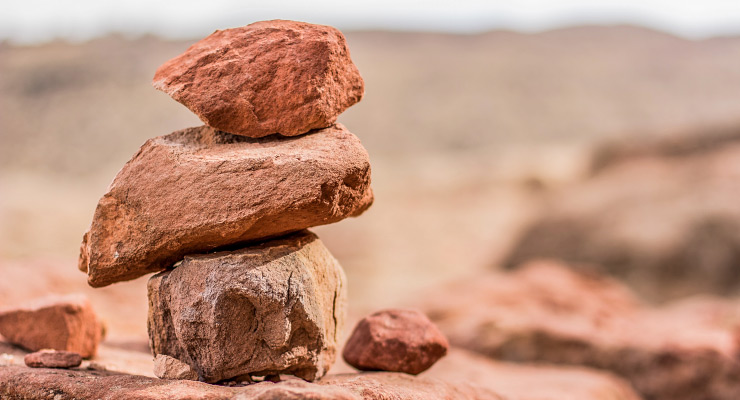 I have been studying economic cycles ever since I went to work for Merrill Lynch in 1967. At the time the Dow was approaching 1000 for the first time. The Market had been going up more or less steadily since the end World War II. The depression was a bad memory that existed only in the minds of old men and on the pages of text books. Economic cycles did not concern me because the depression was long gone and everybody knew that it couldn’t happen again. I was spending my time trying to figure out the fastest way to compound my customer’s money, and I had never heard of “Rule Number One”.

Business cycles and bear markets have been with us since birth of the market economy, and will continue as long as there are human beings participating in markets. In the 20th century we had the 1930s, and the 1970s. In the Nineteenth Century there was in 1873, a recession so severe that until the 1930s it was called the “Great Depression”. Then there was the panic of 1893 that drove unemployment to 18% and was thought at the time to be the worst economic crisis to hit the nation’s in its history.

Now we are 33 years out from the bottom of the last secular economic correction. It is easy to assume the economic cycle has been repealed by the Federal Reserve Board, a political agency that prefers soft landings a “Goldilocks Economy” and other fairytales. Certainly, we learned how to deal with depression in the 30s, and how to deal with double digit inflation in the 70s. If you were to say to me that we won’t have another depression 30s or inflation like the 70s. I would probably agree. But if you try to convince me that the economic cycle has been laid to rest you are going to get an argument.

As Hyman Minsky an economist popular in the 1970s postulated “stability unstable” this economic paradox exists, Minsky explained because long periods of stability lure investors, bankers, and businessmen into taking on progressively more risk. While our economic system is good at correcting past mistakes it is even better at inventing new engines of instability.

In 1967 the depression was ancient history, its causes were understood, and everything necessary to prevent a repeat was in place. Economists and security analysts issued forecasts based on what had been going on for the previous 10 years. But as it turned out the 10 years that followed did not look anything at all like what they saw in their rear-view mirrors in the late sixties. In the financial markets nothing that worked in the sixties worked in the seventies.

Unfortunately, it is impossible to predict when the next economic down cycle will begin, but it seems logical that farther out we get from our last learning experience, the more unstable our stability becomes. Risk grows with compliancy, the more comfortable we get, the more risk we accept.

The China Shanghai Composite Index it is up 52% so far this year and 300% since the beginning of 2005. The total number of A-share accounts in China is now approaching 90 million, 15 million more than a year ago. On May 20th the Chinese central bank raised their interest rate by .27% the next day the Chinese stock market responded by going up 1%.

The number of new brokerage accounts opened by retail investors in china in the first three weeks of April reached 2.8 million vs. 3.1 million in the twelve months of 2006. 310,000 new accounts were opened on April 18th. Volume on the Shanghai exchange in April was twice what it was in January, and seven times larger than it was in the same period a year ago. Things have gotten so bad there; that now Even Alan Greenspan can see a bubble (perhaps his vision has improved now that he has left his government job).

In my opinion the most interesting nugget to come out of the Berkshire Hathaway and Wesco Annual Meetings this year was something Charlie said in relation to the interpretation of “Rule Number One.” I had always considered Warren Buffett’s edict to “never loose money” as more of a guideline than the rule. Sure it’s better not to lose money, and so it’s important to be very careful about value when you open a position.

But everybody takes losses, you know, “take your losses, let your profits run” yada yada. I had always considered it good conservative management policy to take a small loss if the position started to go against you, and you couldn’t see exactly where the bottom was going to form.

But, in one of the transcripts I read, I think it was from the Wesco meeting, Charlie was quoted as saying he doesn’t remember Warren Buffett ever taking loss. Wait a minute, Fifty years, and he’s never taken a loss? I thought to myself, that can’t be, Charlie is getting senile, everybody takes losses.

Then I started to think back over the years that I have followed Berkshire Hathaway and tried to identify an equity purchase that ended in loss, and I couldn’t do it. Sure there were losses, USAir for a while, but they ended up smelling like a rose. USG corporation, they bought before the bankruptcy and held it as the stock went to single digits and stayed there for a couple years. But look at it now.

I even went back to my early years of following Berkshire Hathaway, and identified Warren Buffett copycat positions that I’d taken that didn’t work out for me. But with these positions, I bought too late and sold to early. I would buy after Warren Buffett’s purchase had been announced, so I was always buying at a higher price than Berkshire Hathaway had.

If the stock went against me, I would take my small loss, out of fear of having to take a bigger one later. But, I doubt that Berkshire Hathaway ever took a loss on any of the positions they held. We do not have very good information on the stocks Warren Buffett bough in the early eighties. But if Charlie says they were profitable I will take his word for it.

Then I began to think about my own ideas. I have been very careful in valuations. And I haven’t had to take many losses. Most of those losses occurred because, like many value investors, I tend to buy too early. The stocks reach a point were I feel, they are good value, but continue to drift down after I take a position. Then if this goes on for a long time, I get impatient, or I get nervous. I still like the stock, but I think to myself “If I take a small loss now, I can do something else with the money and get back in later, maybe at a lower price.”

The funny thing is it never works out. Maybe the stock does nothing for six months, but I never get back in, and eventually the stock starts to rally. So if I had just had more patience, or if I had more faith in my original purchase, the position would have been profitable.

So is “Rule Number One” really meant to be taken literally? Is it possible to go through life without ever taking loss? If you’re Warren Buffett, clearly the answer is yes. In my case, maybe I can do better in the future. From now on I plan to take “Rule Number One” more seriously. This may mean that I will pass up some marginal opportunities, but maybe this is the whole point.

The key is the first of the above rules. It means that you buy a stock only if you are willing to add to the position if the stock continues to go down. It requires that the stock not only be a good value today, but it also means that you are convinced the company has limited downside risk even in a really bad recession. It means you have been able to identify a deep and durable moat.

Of course, this is going to limit your activity. For example, at today’s prices I can think of very few stocks, other than Berkshire Hathaway (and maybe a few of Warren Buffett’s recent buys) that would not make me very nervous in the event of a serious economic contraction.

This year is starting out pretty much like last year, only worse. Last year Berkshire Hathaway rallied at the end of the year, and we ended up beating the S&P 500 marginally. I do not know if the same thing will happen this year, but as market continues to work higher, I will be very happy with a result similar to last year.