Are Bonds Safer Than Stocks?

“Many people some years back thought they were behaving in the most conservative manner by purchasing medium or long-term municipal or government bonds. This policy has produced substantial market depreciation in many cases, and has most certainly failed to maintain or increase real buying power.”

Imagine that we can travel into the future, ten or more years from now. With the benefit of hindsight, will we then look back and say that the above quote was appropriate for June, 2015? I believe the answer is an emphatic yes, even though those words were actually written by Warren Buffett in 1961. Although interest rates had risen sharply for more than a decade before Buffett wrote those words, after Buffett wrote those words, interest rates went on a breathtaking rise, peaking in 1982 at the highest levels in American history. 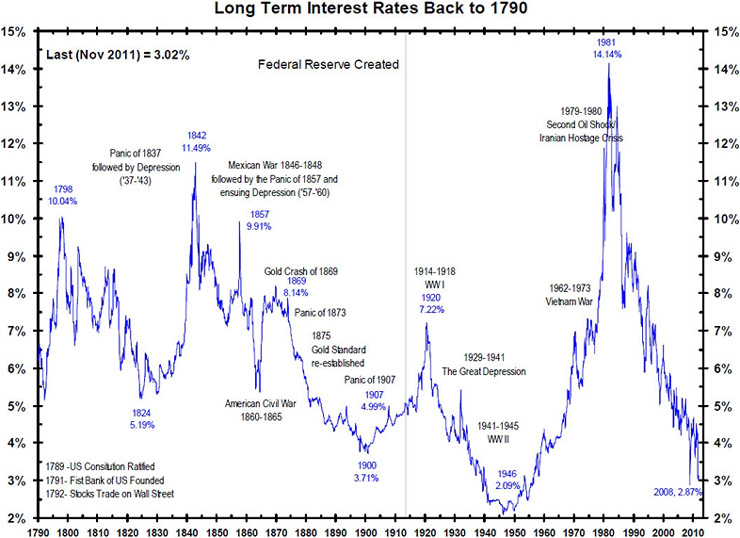 Mark Twain supposedly said that “History doesn’t repeat itself, but it rhymes.” Those words certainly ring true in the chart above.

When interest rates rise, bonds prices can fall sharply, so the losses for bond holders during that era were devastating. Add the cost of inflation, and bond holders suffered even further, as can be seen in the chart below during the decades before 1982. 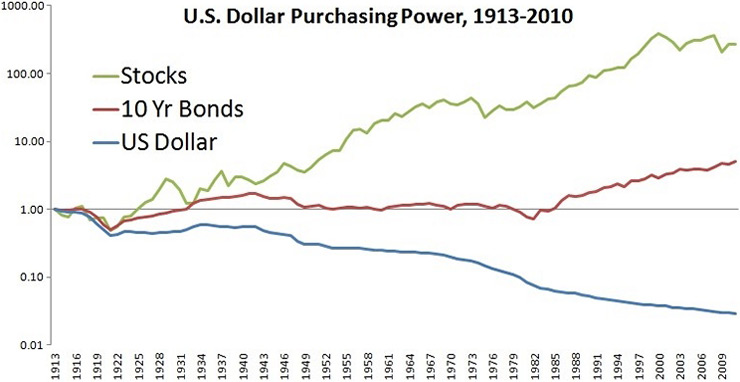 From 1982 until the present time, interest rates have been on an epic decline, providing bond holders an unprecedented tailwind. Importantly, even with this dramatic interest rate decline, bonds still lagged stocks in preserving and growing investors’ purchasing power.

At mid-year 2015, interest are now near historic lows. Clearly, the interest rate decline of the last thirty years is near the bottom. The only question is how quickly and sharply interest rates will rise and bonds prices fall.

At this pivotal time for interest rates, bond holders might consider John W. Campbell’s variation of Twain’s familiar quote: “History doesn’t always repeat itself. Sometimes it just screams, “Why don’t you listen to me?” and lets fly with a big stick.”

At Losch Management, we help our clients invest in shares of durable, profitable businesses with a good long-term track record and favorable prospects growth. We believe that, for the foreseeable future, owning fractional interests in a group of carefully selected companies is safer than holding bonds to build and preserve wealth.

What’s your opinion? We welcome your questions and comments to this article using comments below or via our contact form.