Berkshire Hathaway’s Goldman Sachs warrants that were part of the $5 billion in preferred stock deal are in the money (profitable) by $754 per “A” share at the moment, total $1152 per share pretax. That’s quite a lot in around 9 months, and as Goldman Sachs is nice the Swiss Re Purchase is sweeter. On March 23, 2009 Berkshire Hathaway acquired a 12% convertible perpetual capital instrument that allows Berkshire Hathaway 120 million shares of Swiss Re (25% of company) at 25 CHF (Swiss Francs). On June 30 Swiss Re closed at 35.90 CHF. This equals a gain of 1.30 billion CHF ($1.2 billion) plus $78 million in interest for the second quarter (A near pornographic return on $2.6 billion investment for 3 months). 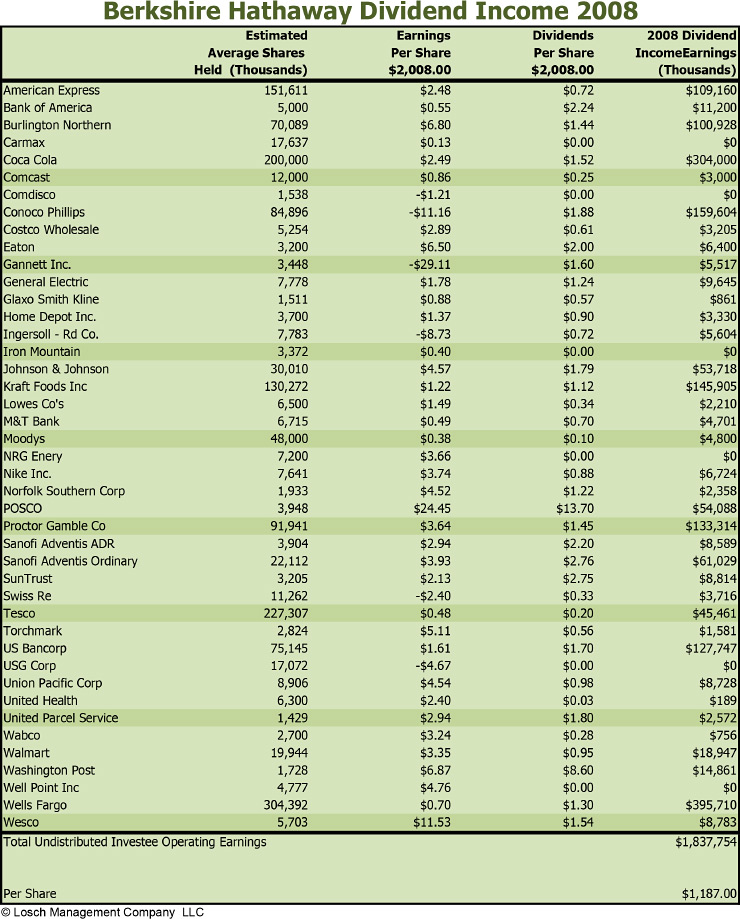 Berkshire Hathaway Look-through Earnings for 2008 were in the red because of a big write-off at Conoco Phillips. I do not think this is a particularly significant number, but it may be a while before look-though earnings return to their long term trend. From 1997 to 2007 the figure grew from $743 million to $2.6 billion for an annual growth rate of 12%. 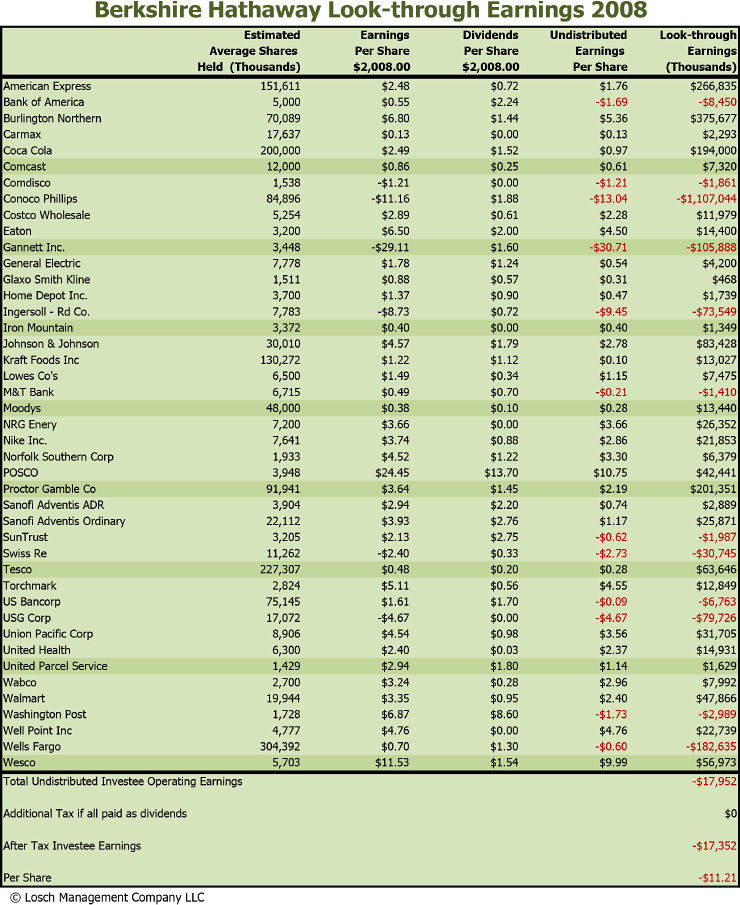 The third table lists The Berkshire Hathaway Preferred Stock Holdings as of December 31, 2008. This list does not include any of convertible Berkshire Hathaway preferred stock, except in the total shown at the bottom of the last column. We are working on separate table for these positions. Click picture to enlarge. 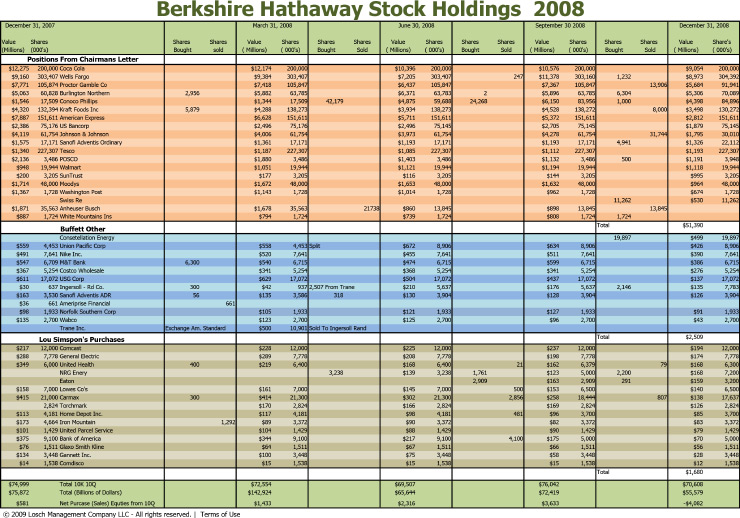