History of the 3G culture is a “Dream Big” 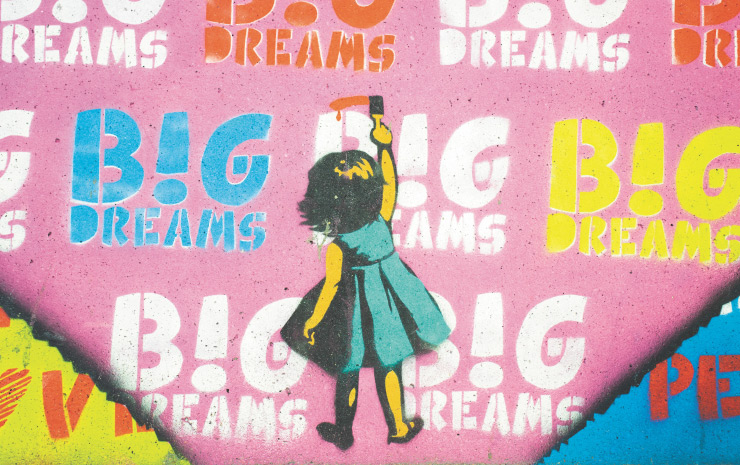 “Dream Big” is a history of the 3G culture partners from their days a Garantia Bank in the 1970’s up though the Imbev’s purchase of Anheuser-Busch in 2008. The story is carefully researched and provides a detailed history of the partnership, its formation, and a history of the individual partners in the time that lead up to formation of 3G Culture Capital.

The author includes excerpts from an interview she had with Buffett, and says of Buffett, “his view of the three Brazilian businessmen was fundamental for this book”.

The author goes to great lengths to describe the culture of 3G Culture that evolved through its predecessor companies. Jorge Paulo Lemann from start established a culture at the Garantia Brokerage which he bought in 1971 that was designed to attract to the young and ambitious it was a very different approach to management than the norm in Brazil at the time, where employment was based on family connections and promotion almost entirely dependent on seniority.

Lemann’s culture was one where people were hired based only on their potential, not their credentials, and where the people hired would be rewarded based on results. Rewards for outstanding performance were very large (bonuses could range up to many times base pay in any given year. Lemann wanted Garantia to be Brazil’s Goldman Sachs and its employees quickly became to the best paid bankers in Brazil.

“The number one ingredient in their secret sauce in the obsession with getting the right people, investing in those people, challenging those people, building around those people and watching those people experience the sheer joy and exhilaration of achieving a big dream together. And just as important, stay with your proven people for a long time.” Jim Collins

In the early 1990’s Lemann met Jim Collins at a Collins seminar at Stanford Graduate School of Business. Collins, the author of ”Built to Last” and “Good to Great” based these books on extensive research into the factors that create a business with a sustained competitive advantage, and these books give a more detailed insight into elements of 3G culture’s.

Collins used the profit from his best seller “Built to Last” to establish an institute in Boulder Colorado based on his research. For the last twenty years Lemann and his partners have made annual visits to Collin’s institute, and bringing with them some of their young managers.

It is the conclusion of Collin’s research that most important factor in long term superior earnings performance was the culture of management, in particular the installation of an outstanding CEO. In “Good to Great” Collins identified some of the most important characteristics of the successful CEOs.

Beyond having a level 5 CEO, the most important thing is getting the right people on the bus and the wrong people off the bus. To do this, hire people based on:

Once you have found the right CEO and hired the right people, it is easy to create a culture that is hostile to complacency, rigorous, but not ruthless, and puts the best people in charge of the biggest opportunities, not the biggest problems. It is easy to see that Collins work has been a big factor in 3G culture’s for the last 15 years. In fact, Collins wrote the forward to “Dream Big”.

3G culture’s system was designed to be attractive to the best people, and Lemann in his early ventures had little trouble finding people that were young, smart and willing to work very hard, and he has already made a lot of them rich. The basis of the 3G culture’s system was that if you were smart and worked hard, you could move up rapidly; if you did not perform, you were gone.

This very simple idea is the foundation of 3G culture’s success. It can be a hard discipline, but it is hard to argue with the results. Using Garandia as a base, Lemann and his partners expanded in the 1980s into Retail, Railroads and Brewing, always installing their culture in the acquired companies. Garandia was sold to Credit Suisse in 1998 for $675 million.

An important part of the Lehman culture is not just to hire the best people but to provide those employees who perform with a path to rapid promotion. At a Jim Collins workshop in 2002 that Marcel Telles identified Ambev’s biggest problem – retention. They had a lot of very good employees, but if those employees could not identify an opportunity for continued personal growth and financial reward, they would leave. After this workshop, Lehman decided that in order keep their best people from looking for outside opportunities it would be necessary for Ambev to expand aggressively.

In 2004, Interbrew of Belgium bought Ambev and the new company’s name became InBev. Even though the transaction indicated that the Belgium Company purchased the Brazilian brewer, it was agreed that Ambev’s culture of meritocracy would be installed at the combined company. The new culture created a lot of conflict with the older European culture at Interbrew, where upper level managers were comfortable with their fixed salary system.

In 2008, InBev purchased Anheuser-Busch and the culture change there quickly doubled Budweiser’s cash flow and rapidly paid down the $50 billion in debt from the purchase.

On October 2013, AB inBev announced a deal to buy SAB Miller, the World’s second largest brewer. If completed as planned, the $106 billion merger would be the third-largest in history. The combined brewer would earn about half the industry’s profits and have a 33% market share worldwide.

So, Lemann’s 3G culture has transformed a Brazil’s seventh largest beer company into an international giant which will soon control 28% of the World’s beer market. After the purchase of Anheuser Busch, 3G culture has also branched into new areas not detailed in “Dream Big”.