The Price of Easy Money 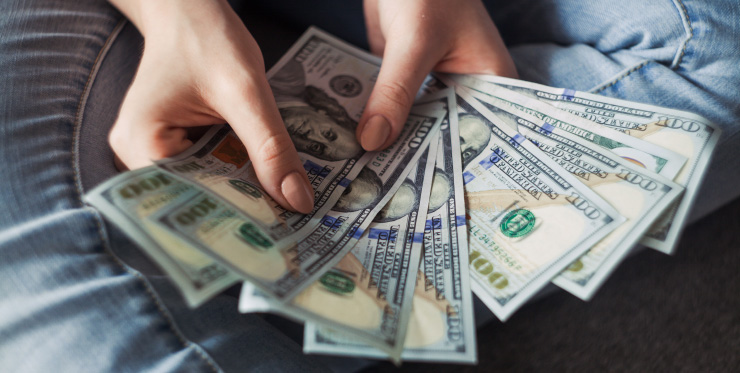 I suspect that those reading my letters regularly are by now tired of hearing more predictions of doom and gloom; they probably have the impression that I am a congenital masochist. It is not true — I can be as optimistic as the next guy. It is just that I believe that economics is really about human beings and that because of this, bear markets are not only inevitable but necessary. There is something wonderfully educational about emotional discomfort. The economy needs corrections because that’s what exposes all the incorrect assumptions accumulated during the easy money up cycles. Or, as Warren Buffett says, “You don’t know who is swimming naked until the tide goes out”.

Alan Greenspan has been running the FED for 18 plus years. During his watch, there have been only five down quarters (4Qtr 1990, 1Qtr 1991, 3Qtr 2000, 1Qtr 2001, and 3Qtr 2001), and lots of easy money. This is far less than the historical norm and has raised Greenspan’s status on Wall Street to that of a superhero. Under Big Al, there were only soft landings; serious economic discomfort has been banned, and the water has never dropped below chest high.

The problem is that prolonged easy money has conditioned financial institutions globally to price their financial contracts with inadequate risk premiums. If pain is the mother of wisdom, does not comfort make us stupid? Or as Hyman Minsky explained more elegantly “Stability unstable“. In debt, derivatives, and real estate, lending institutions are experiencing low default rates and so continue to hand out money fearlessly. Default rates are low because money is easy to get. Having trouble with your house payments? Take a home equity loan.

In truth, it is not fair to blame Greenspan alone for the surge in global liquidity — he has had plenty of help. Central banks worldwide (particularly in Asia) have all joined the easy money party. With global interest rates at historic lows in some countries (such as Japan), real interest rates are still negative. Institutions (pension plans, foreign central banks, and hedge funds) desperate for higher returns accept higher and higher risk (using more leverage) and getting paid very little for it.

For pension funds, the favorite solution is private equity. But with money flooding the sector, there is no way that these funds will maintain high yields. These private equity types are currently in a frenzy to buy up everything that is not nailed down. This is a dubious game. In Florida, we flip condos, but in private equity, now the craze is flipping companies. The question is, what happens if Mr. Market decides to go depressive? Who is going to buy their IPOs without easy money?

There is, for all of the above maladies, one simple physic, and it is not a soft landing. The world’s needs are a recession — not because pain is good, but because it is necessary. It’s pay-me-now or pay-me-later. Easy money is a drug peddled by the foolish, and the longer we indulge, the worse will be the hangover. This is my opinion, and even though there is not one politician on the face of the earth that will agree with me, there is some chance, however small, that I might be right.

Having been a market participant during the late sixties and the seventies, I remember it as a highly unpleasant experience: brutal might be a better word. But, it was the things that we learned as investors, business managers, and economic policy administrators in the seventies that made the growth and prosperity of the eighties and nineties possible. It is not so much that I am predicting a bear market; it’s that I yearn for one.

With this easy money who’s got the risk?

In this wonderful new world of mortgage finance, the game might properly be described as “risk, risk, who’s got the risk?” Some mortgages are originated by banks and some of those banks retain some of the loans. In this case the problem is simple, if the borrower cannot make his payments and the property cannot be sold for a sum greater that is in excess of the mortgage amount, it is the bank that takes the hit.

But today it is rarely that simple. Many mortgages are now thrown into Wall Street’s food processor and out come CDOs (collateralized debt obligations), MBSs (mortgage backed securities), or asset backed CDOs divided into PACs (planned amortization classes) or support trances — you pick your acronym. The mortgages are put into baskets (called trances) and sold to institutional investors. As I understand the process (which is not very well) the mortgages in a particular basket are grouped according to risk and the investor can pick his own flavor, anywhere from triple-A to subprime floaters.

There is not enough risk priced into any of these securities considering how easy money has been. There has been very little in the way of mortgage defaults recently because asset inflation has been so rapid that it keeps bailing out anyone overleveraged. Can’t make your payments this month? No problem — increase your homeowner’s line by $50,000. Current default rates do not reflect the real level of risk that is baked into today’s CDOs.

In the world of hurricanes and earthquakes, if you sell insurance and misprice the premium when you sell a policy you go broke, but the regulator is there to pay the claim. But if a credit insurance company turns its belly to the sun who is going to pay the schlep that bought the insurance? And who is buying this risk? Grant’s Interest Rate Observer has an interesting answer, it is being exported, “Probably 95% of the loss pieces are going to Asia and Europe: financial institutions, insurance companies, and relatively unsophisticated banks”.

Because of its accounting problems, Fannie Mae has been shrinking its balance sheet, so the supply of triple-A federal agency assets has been reduced to the point that foreign central banks may also be dipping into the private label MBS market. But house prices keep going up, as easy money flows, and defaults remain low even as the quality of the underlying mortgages is steadily falling because of option ARMs and a falling loan-to-value ratios.

As Jim Grant says, “Investors in mortgage CDOs go uncompensated for the risk of a bear market in houses, or of a breakdown in mortgage credit”. So what happens when Mr. Market Changes his mind and the easy money disappears? And if we are exporting this risk, what happens to the dollar when the foreign institutions find out they are the suckers?