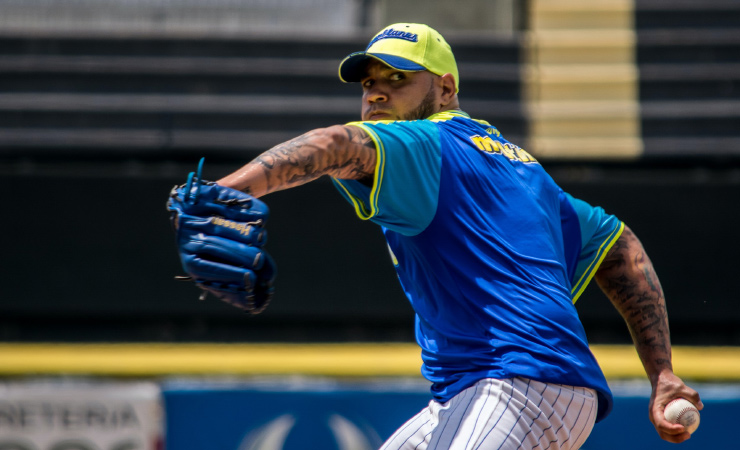 Hurricane damage in the last two years has left reinsurance companies in this country with significant losses. And these losses are causing reinsurance rates to skyrocket this year. This is what the insurance companies call a “hard market” with the companies able to charge much higher premiums than they could get two years ago. This for Berkshire is a fat pitch because they can write reinsurance contracts that will bring in new insurance float and, best of all, policies that are highly likely to generate an underwriting profit.

With rates, approaching low earth orbit and risk coverage down dramatically, it would seem like this would be a market Buffett would love. It looks like a big high floater hung out over the center of the plate – a fat pitch.

Warren Buffett says that the thing he likes most about investing is that there are no called strikes. This means that he can stand at the plate and ignore all the hard to hit pitches and wait for a fat pitch, a ball that is easy to hit and carries a low risk of striking out.

Further evidence that this is a fat pitch was offered in a Bloomberg story in early June that said that Berkshire Hathaway was replacing AIG and Ace as primary insurers for Gulf Casinos.

“June 6 (Bloomberg) — Harrah’s Entertainment Inc., the world’s biggest casino company, is paying 50 percent more for property insurance because Warren Buffett’s Berkshire Hathaway Inc. is one of its only options after last year’s hurricanes. Berkshire Hathaway became the lead insurer for Harrah’s in December, replacing American International Group Inc. and Ace Ltd. because they declined to provide enough coverage, said Lance Ewing, risk manager for the Las Vegas-based company. Insured catastrophe losses in 2005 rose to a record $61.2 billion after Hurricanes Katrina and Rita devastated the US Gulf Coast.” But this companies pain is Berkshire fat pitch.

To say that this is a hard market, is an understatement, Seminole County is paying 250% more than last year for a little over 10% of last year’s coverage. We had a hard market after 9/11 but I do not remember seeing anything like this in 2002 or 2003. The article continues:

“Buffett’s prices are as much as 20 times higher than the rates prevalent a year ago”, said Kevin Madden, an insurance broker at Aon Corp. in New York. “On some policies, premiums equal half of its maximum potential payout”, he said. A really fat pitch.

There was a story in the Orlando paper in early July that indicated that county school boards in central Florida have big problems with buying insurance coverage for this year. The rate increases are startling, and the coverage that the school boards have been able to obtain is totally inadequate.

“It’s a major statewide problem”, said Ned Julian, risk manager for Seminole County schools. “The most we were able to find was $25 million in coverage.”

“Schools are not alone in the pinch for hurricane insurance, which also is worrying cities, counties and other government agencies that have a stock of public structures.”

“This year, Seminole had $200 million in insurance coverage and paid $1.3 million for it. The premium for the coming year will be $3.4 million for the $25 million coverage that includes a higher deductible.”

Seminole County is part of the Orlando metro area, all inland, and no coastline. For the insurance business, a fat pitch:

“At risk are $1.4 billion in Seminole County school buildings. A mild swipe by Hurricane Charley two years ago did $9 million in damage to county schools.”

To say that this is a hard market, is an understatement, Seminole County is paying 250% more than last year for a little over 10% of last year’s coverage. We had a hard market after 9/11 but I do not remember seeing anything like this in 2002 or 2003. The article continues:

“Orange County school officials were scurrying Friday to patch together a deal after insurance for school buildings that routinely was renewed must be renegotiated because of changes in costs and coverage.”

Orange includes the city of Orlando, middle of State, and has no coastline.

“Orange, the nation’s 12th-largest school district, has $4 billion worth of buildings. It has set aside $6 million for an insurance policy that includes hurricane damage and is considering using a portion to start a self-insurance fund. It paid $2.2 million for insurance this year”.

“Insurance costs a lot more for a lot less coverage,” said Kipp Minter with J. Rolfe Davis insurance, which is helping the district get a new policy by July 1.

This is hilarious. They are going to use a portion of the $6 million as a self-insurance fund on $4 billion worth of buildings. Only a bureaucrat could dream this up. What he means is he will spend whatever amount on insurance that will not stretch his budget, and if the bad storm comes, they will let the taxpayers pay for the repairs.

Osceola managed to round up $50 million of coverage in a comprehensive package that includes hurricane damage but pays $5.5 million for it. Like other districts, its deductible is rising from 2 percent to 5 percent”.

Before hurricane Charlie, Orlando had not had any significant hurricane damage in the previous fifty years. So it is probable that insurance companies competing for business had become complacent about risk, but these increases seem pretty extreme. Volusia County’s Premium is up 320%, another fat pitch for coverage about 4% of what they had the previous year. This is way beyond my limited math skills but isn’t this something like an 8000% price increase?

It is a fragmented market with the biggest writers being Munch Re at $18.3 billion and Swiss Re with $15.2 billion. That year Berkshire Hathaway was in third place with $10.7 billion. Of the total $146 billion, about 26% or $38 billion was for catastrophic coverage and hurricane damage. It has been estimated that the premiums for hurricane coverage will increase to about $48 billion this year.

It is interesting that Berkshire Hathaway acting as a primary insurer in these large polices. This is something I do not recall seeing in the past. Is it because they cannot write as much reinsurance as they want, or is it just that no one else will write these policies and Berkshire Hathaway can get whatever they ask?

From these two articles, it would seem not only that prices are up sharply, but the insurance companies are taking on a lot less risk than they were a year ago. Under these conditions, with premiums up 200 to 300 percent and coverage a small fraction of what it was last year, making it more of a fat pitch a series of storms similar to last year’s record season would produce little discomfort and a substantial underwriting profit at Berkshire Hathaway.

So a good year fat pitch would seem likely even if Berkshire Hathaway does not raise its level of insurance it writes. Last year the Company’s insurance revenue was 22 Billion, they do not break out the amount of this that is related to catastrophic or hurricane coverage but it appears to be between $2 billion and $2.5 billion.

We have never seen prices like this before, so it would not surprise me if Buffett were to raise this number substantially. It looks as if Berkshire Hathaway could as much a double its premiums in this area and still have less risk exposure that they did in 2005. Actually, from reading the above quotes you get the impression that Berkshire Hathaway could write five to ten times the premiums of last year and still have less exposure, the definition of a fat pitch.

In the first quarter revenue was up 19% at Berkshire Hathaway RE but down at GenRe, which given the conditions is disappointing, but Warren Buffett has said many times that in the right market they will do a lot more business, and it is likely that Berkshire Hathaway’s insurance revenues will pick up dramatically in the 2nd 3rd and 4th quarters.

On Thursday July 5, Nationwide Insurance, the fourth largest carrier in the state announced a request for a 71% increase in homeowners insurance in Florida. The next day the Orlando Sentinel brought news that State Farm the second largest carrier, had withdrawn its request for a two-stage hike of 58.8% and 12.7% (which by my math is a net of 78%). The is not a fat pitch for State Farm because they already have too much business in the State.

The company explained that the existing request is too small, and that it will be forced to request a larger increase. The reason? “The company’s expected cost for reinsurance has increased significantly”.

The Company explained that the original request was based on estimates of the reinsurance cost. So reinsurance rates have apparently gone up significantly just in the last couple of months since State Farm filed its first request. Here we are, nine months after the last hurricane, and the market is still getting tighter, and that this insurance market is becoming even more of a fat pitch.

The impact on Berkshire Hathaway’s fat pitch on its earnings, State Farm and the Florida school say that their new reinsurance contracts took effect July 1, so see more real impact in Berkshire Hathaway’s third quarter’s report. The first real indication of the effect of the tight market may well be seen in “unearned premiums” in that report.

If Berkshire Hathaway does dramatically increase its insurance exposure one way or the other, because this fat pitch it will affect earnings, to some extent this year; but more so in 2007 and 2008. (Possibly dwarfing things like operating company earnings or investment income). The size of the impact will depend on how many hurricanes actually show up and how big a swing Buffett decides to take. Predictably, it is a process that, so far, has been completely ignored by Mr. Market.